Getting Rid of Acne Rosacea with Laser Treatments

Acne rosacea causes redness and swelling on the face. The first signs of this skin condition are a tendency to blush easily in the center of the face, with gradual blushing spreading to the cheeks, forehead, nose, and chin. As it progresses, little bumps form in the reddened areas. Unlike traditional acne, blackheads do not form.

Acne rosacea is a chronic condition that affects fourteen million people in the United States alone, with similar figures in Canada. The condition, commonly found in fair-skinned people of Irish and Scottish descent, causes visible broken blood vessels, small red bumps, cysts, and irritated eyes. Sufferers may not initially realize that they have the condition, believing instead that their skin is sunburned.

Acne rosacea is also called “adult acne” because it is most common among adults between the ages of 30 and 50. The cause of this condition remains a mystery but some factors that are thought to contribute to the condition include genetics, sun exposure, certain medications, helicobacter pylori bacteria, and gastrointestinal disease.

Laser Treatment for Acne Rosacea
An increasing number of people who suffer from this type of acne are turning to laser and light therapies since they do not cause the worrisome side effects associated with other treatments. The pulsed dye laser (PDL) is a type of laser that has been used for many years to reduce the flushing, redness, and visible blood vessels associated with this condition. PDL targets and destroys the visible blood vessels.

Intense pulsed light (IPL) therapy is another forum of light therapy that is effective in reducing the redness and flushing associated with this condition. IPL therapy filters out harmful UVA and UVB rays and then delivers light to areas with visible blood vessels. While PDL therapy is most effective for targeting obvious blood vessels, IPL therapy is more effective in treating larger areas of redness. It has long-lasting results, can treat dilated blood vessels effectively without injuring the surrounding skin and has the ability to destroy the bacteria that is believed to cause the acne.

Erbium lasers and fractional photothermolysis are used to treat a less common symptom known as rhinophyma. Rhinophyma is characterized by thick and bumpy skin on the nose and cheeks. These new forms of laser therapy are effective in smoothing out the nose and cheeks without removing an excessive amount of the skin’s top layer.

Laser treatments can cause some discomfort but they are considered to be effective and to a certain extent safer than other treatments. The results of laser treatment are long-term, greatly reducing the flushing episodes, dilated blood vessels, and redness. 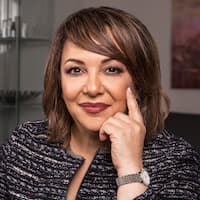